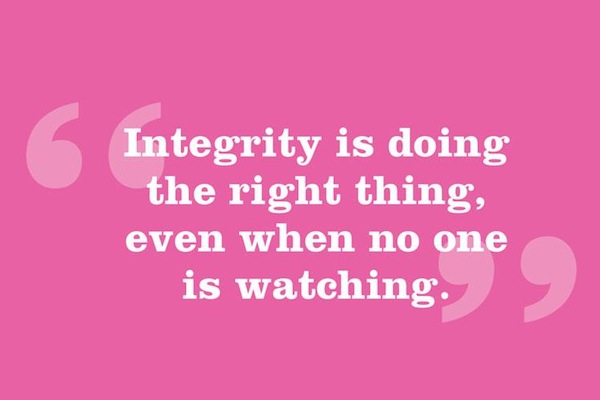 Many of you know that I attend many events each week that are of a networking nature. Quite often, there are door prizes and give aways for attendees. Even when we host our own events, we like to give away door prizes. It creates excitement and helps attendance. I happen to be known for being lucky and seem to win great gifts on a pretty regular basis. I claim that my winnings are due to living right and not luck. Not sure if that’s completely accurate but I like to throw it out there.

Some people don’t count on luck or living right but like to take matters into their own hands. Literally! Just the other day I watched a woman grab several extra $10 Starbucks gift cards that were being given away at a particular event. She had already been given a card upon entering the door. But I guess that wasn’t enough for her. She proceeded to find the stack of cards that were being handed out and grab not one or two extras, but was on her way to snatching a 4th one when she got busted and called out for it. She didn’t seem embarrassed or humbled at all at being caught with her petty theft. In fact, she was later overheard complaining about it all to her friend.

She will always be remembered by me and NOT in a good way. Her integrity was completely and forever lost over a $10 gift card. Not just in my eyes but in the eyes of everyone that watched the scene unfold as well as in the eyes of the people that she had the audacity to complain about it to. Unfortunately for her, I don’t think she sees this at all. It’s really kind of sad.

As I mentioned earlier, we at Woman’s InSite like to have drawings for door prizes when we host events. But we have noticed that a few people like to stuff the box with several business cards in order to increase their chances of winning. It’s not something we police during an event so we don’t see it happen but we know they do it because when we go through the cards after an event, sometimes we see 5, 6, 7 or even 10 cards for the same person in the box. Do people know how that looks? We are making judgments about them when we see what they have done and it’s not good. I have to ask, is it really worth it?

The funny thing is, we have noticed that box stuffing doesn’t seem to help anyone win. Drawings held during the event almost never produce a card from someone who has stuffed the box. I’ve got to think that the door prize gods are watching and karma is only kind if you are.