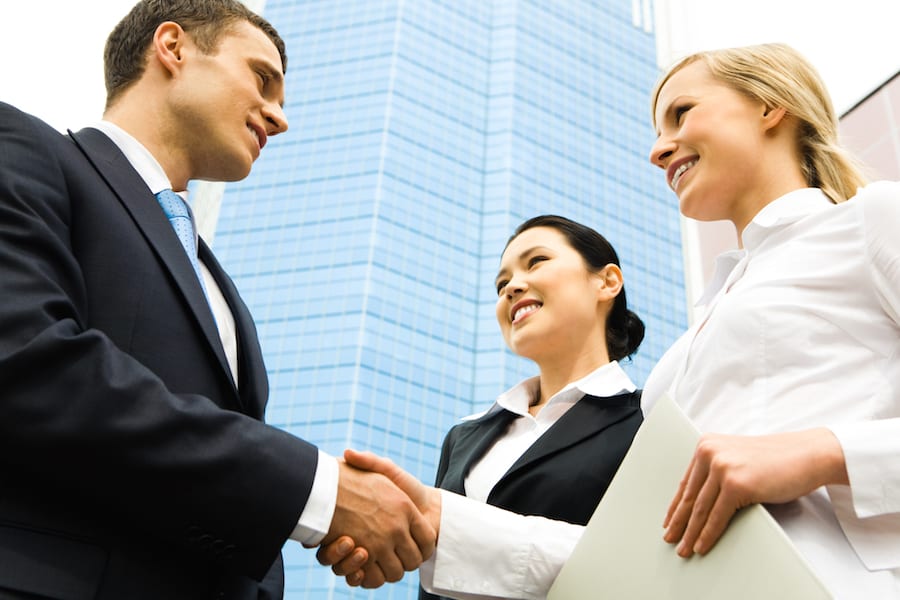 When we listen and watch someone speak, we look for clues as to weather or not we believe or even like the speaker. A study done by Albert Mehrabian concluded that 7% percent of what we perceive comes from the actual words used, 38% comes from the vocal tone, and 55% comes from body language. It’s only when we communicate in the written form that the actual words play a crucial role in our message. Without hearing tone and visual clues, it’s much easier to misunderstand the words and meaning.

I recently went to a networking meeting and met several new people. There were 2 individuals whom I met that I instantly didn’t like. After giving some thought as to why I had come to such a quick conclusion about them, I realized it was their body language during our handshake. Even a simple introduction and handshake can tell a person a great deal about what you think of them. Yes, that quick, a decision was made that I don’t like or trust either of these individuals!

The first individual was a man who had entered the room and greeted several people and then sat down at a table. It was still during the meet and greet portion of the meeting so I walked around to the side of the table to meet him and said, “I haven’t gotten to meet you yet, my name is Kathryn”, and I extended my hand. He looked at me, (no smile), and extended his hand without standing up. He said his name and that was about it. I was totally uninterested at that point and just wanted to move on. Always stand up when you are shaking a persons hand. Standing conveys power, confidence and respect for the other person. I did find it interesting that at the end of the meeting he brought me his card and didn’t ask for mine.

The second individual was also a man. This happened at the end of the meeting where people were mingling. This man had come in a bit late so I didn’t get an opportunity to meet him before the meeting started. My boyfriend was talking to him and as I approached, he asked if we had met each other and we both said no so he introduced us. I extended my hand and as he reached for mine he started to gaze around the room and not make eye contact with me. This behavior is recognized as nervous or dismissive. I actually held onto his hand until he decided to look back at me. Of course some words were said along the lines of, “Nice to meet you”. It was a very uncomfortable greeting and not one that made me want to talk to him again in the future. We didn’t exchange cards.

In a split second opinions are formed, based on your body language, that can prevent you from ever moving forward in a relationship so be aware of the signals you are sending and pay attention to signals that people around you are giving you. You may realize that someone is just not your person and that’s okay. Don’t waste time with people that you don’t connect with on a basic level. A business relationship isn’t going to be pleasant or rewarding if you try to force it.

For a short body language demo, check out my recent video.

For a FREE preview of my book, join Kathryn’s In List.

I am available for Consultations.

to receive FREE Updates and Tips